A Piece of Pie: How To Respond To Student Stories 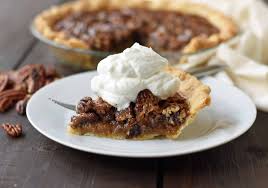 On the day of a class workshop, we should come to class having thoroughly read the story in question, with a typed, at-least-one page single spaced response. It can be written as a letter to the writer and begin with "Dear So-and-So."

I always like to think of a response like a piece of pie. The critical part, where you discuss how the story is not working and make suggestions for how to change it, is the pie. The whipped cream is the praise: what you liked, favorite lines, etc. . .

I also like to start with a bit of whipped cream, move into the pie, and then end with more whipped cream, just to attempt to leave the writer feeling encouraged.

Here are two responses to the sample stories. Have a look. Which one is better?

Good job on your story!  You did a lot in 6 pages.  I was so surprised when Ellie and Martha were kissing—I totally didn’t expect that, which was good.  It sounds like a story someone would tell at my home town….  I liked the voice in the story—very believable.   The story is short, maybe you could write more about what happened after Ellie shot Martha’s husband, like did they ever get back together?  Did Martha visit Ellie in jail or was she mad about what happened?  How does the town react?  That kind of thing might help to make the story longer.  Maybe you could also put in something about where in weirdness this stacks up next to the other weird things in her life.

You are such a good writer.  Your stories will always be burned in my brain forever.  Thanks a lot for the images in this story!

I really enjoyed your story, “Confessions of a Bird.”  I think the seed of a much bigger, interesting story is somewhere in those 6 little pages!

The characters of Ellie and Martha were lifelike and well-drawn and their interactions were unpredictable and moving, even.  I especially liked the moment when Ellie was making the bird in Martha’s hand; it was so surprising and tender.  I was totally surprised by the kissing scene, though, and I am not sure I believed it or at least believed that it was the weirdest thing that the narrator had ever seen, the way she presented it for us.  I think with some tweaking, though, you could make the moment more subtle, and there is definitely a power to be had there.

The dialogue in that bird scene was well written too.  I felt like I could hear their voices, especially Martha’s.  I loved that line you had about her voice being like chopped onions!  You have a good ear for dialogue, the natural rhythms of speech.  I starred some of the other nice lines in here.  There were just some amazing lines peppered in this story.  My favorite was, “Close to the Amazing Grace voice, I guess.”  That whole little bit was very good.

I also liked that you didn’t try to make the narrator politically correct or polite.  You can tell she has flaws by the things she says, flaws and prejudices.  The way she talked about Ellie being fat made me uncomfortable—that’s just not polite!  But it seemed true to her as a character and the way that she thinks about the situation.

I also thought that the narrator was almost invisible in the story.  Right now she is basically a voice, and although it is an entertaining voice at times, at others it is just too voicy.  Like when she says, “I swear to God” in the first paragraph.  That feels like it is there just for the sake of voice.  We don’t know very much about her other than she was young at the time (too young to work legal!) and she had a boyfriend.  When you revise the story it would be great to get to know this character some, make this story not just something that she witnesses, but something that she interacts with as well.

On that same vein I don’t think you need to frame the story with “this is the weirdest thing I ever saw.”  That puts the reader in such a strange state of expectation and the story doesn’t really live up to it.  Weird is not the right word for what this narrator sees, and the word weakens the intensity of the moment.

I was surprised and disappointed when Ellie killed Martha’s husband at the end, too.  It just seemed out of character.  That line about her pulling a gun out of her fat was over the top for me.  It made me think that Ellie and Martha must be real lovers, instead of just this one moment.  Is the kiss just a spontaneous thing in the moment, a moment of comfort, or is the narrator just seeing Ellie and Martha’s gay relationship?  That was unclear to me, and I don’t know if it was unclear in a good way.

All in all I think you got some good stuff down on paper here, and only need to explore it more.  I will be excited to read your revision!

Obviously, even judging by length, the second response is superior.

The first response wasn't all "bad," per se, but it approached the story as a reader would, not really as a writer. The first responder was largely reacting to the story. She also wasn't being very specific--she addressed everything she liked in fairly vague and general terms. Also, the pie/whipped cream ratio for this response was way off. This was at least half whipped cream. If I were the writer I'd read this response and think, Oh good, she liked it, and put the response away and never think about it again. It's not terribly helpful.

Clearly the second responder put more time and effort into investigating the story and how to help the writer improve it. She opened and closed the letter with positive things to say. Sometimes she would start with something she liked and then contrast it with something she didn't think worked as well, which was a nice way to approach it. The really useful thing she does here is to be very specific--she points to exact moments and even exact lines. She also has very specific ideas for how to make the story better, real, solid advice for the writer to consider.

Here are some general rules of thumb when it comes to writing a response letter: