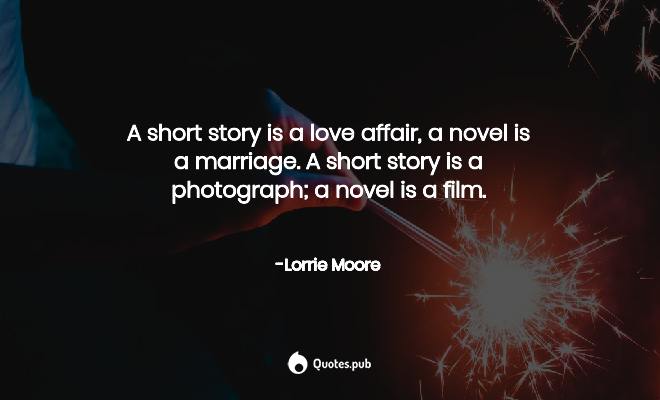 This week's imitation is a little tricky, because, to imitate this story, we're going to have to write in second person--YOU-- which is not easy to do effectively. I can see you going about this 1 of 2 ways:

Option 1. Pick a paragraph out of a story you've already written. (Preferably your workshop story, but whatever works.) Now convert that story into second person, present point of view. Lorrie Moore uses the title "How To Be The Other Woman" as a kind of springboard, and gets us right into second person as if the narrator is telling the reader what to do. She does this for a paragraph, and then shifts us into a scene. She is still using the word "you" but the reader can, at this point, come to see the character that the you represents.

Her style is easy to imitate here, too. She constantly peppers us with very close, vivid details, and uses repetition at key point to elevate the musicality of the language, like how she ends a section with: "It is like having a book out from the library. It is like constantly having a book out from the library." There is also a lot of dialogue throughout. So much of what we get about her lover comes to us through how he speaks to Charlene.

You probably won't end up converting your entire story into second person, but it's good to try this with at least a paragraph or two to see and start to understand how this point of view works--how it changes the distance (second person is presumably INSIDE the reader's view, as close as it gets) and the energy of the piece.

Option 2. Work from scratch. You can write a direct imitation, which is also a fun exercise. Start with making the title work for you. HOW TO ____________ (something that has even a small bit of potential for conflict). Come up with 3 ideas.

How To Make A Mom Friend

How To Be A Gamer Girl

How To Break Up With Your High School Boyfriend

Write an opening line that is a direction. For Lorrie Moore, it was, "Meet in expensive beige raincoats, on a pea-soupy night." Then move on to setting the scene as Moore does: "Like a detective movie. First, stand in front of Florsheim's Fifty-Seventh Street window, press your face close to the glass, watch the fake velvet Hummers inside revolving around the wings tips; some white shoes, like your father wears, are propped up with garlands on a small mound of chemical snow. All the stores have closed. You can see your breath on the glass. Draw a peace sign. You are waiting for the bus."

Show up at his after-school job at Subway. Like the supportive girlfriend. First, order a sandwich, keep your eyes fixed above him, read the descriptions of all the various sandwiches; there's a new one, an oven roasted barbecue chicken, that you haven't tried before. The chicken resembles rubber. You order it anyway. You can see your reflection in the glass in front of the counter. Fix your bangs. Tell him you need to talk.

Then write a paragraph in which you continue the scene with more action.

Lorrie Moore: He emerges from nowhere, looks like Robert Culp, the fog rolling, then parting, then sort of closing up again behind him. He asks you for a light and you jump a bit, startled, but you give him your "Lucky's Lounge--Where Leisure Is A Suit" matches. He has a nice chuckle, nice fingernails. He lights the cigarette, cupping his hands around the end, and drags deeply, like a starving man. He smiles as he exhales, returns you the matches, looks at your face, says: "Thanks."

Imitate this. Write a sentence that is an action, then pay attention to some of the surroundings. Give the other character an action that interacts with the main character, and the main character's reaction. Write a sentence that begins with: "He/she/they has/have a (adjective) trait, (the same adjective) another trait. Give the other character a longer, more drawn out action that's spread over 2-3 sentences. Then a one-word line of dialogue.