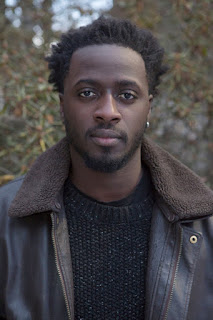 Let's imitate the opening paragraph of "Friday Black." In class, we talked about how this opening could be split into lines of a poem and still work--each sentence is giving us such a sharp and intense image. So let's try this ourselves.

1. Open with a short line of dialogue. "Get to your sections!" Angela screams.

2. Add a short sentence that gives us a sound. "Ravenous humans howl."

3. Add another sentence that begins with a sound and shifts into an image. "Our gate whines and rattles as they shake and pull, their grubby fingers like worms through a grating."

4. Add a sentence that positions that main character in the scene.

6. Add another use for this prop.

7. Shift to a few sentences of history / backstory for this character, as Adjei-Brenyah does with "It's my fourth Black Friday. On my first, a man from Connecticut bit a hole in my tricep. His slobber hot." Include a three line sentence in the same way.

8. Move us back to the present the way Adjei-Brenyah does, too, with a sentence that conveys a sound. "I hear Richard's shoes flopping toward me."

Leave your imitation in the comments below.